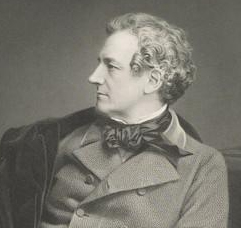 Precisely when Glasgow and Lanarkshire finally separated is not clear from formal records but we do have a minute from Grand Lodge in 1816 which pronounces on the division of the county of Lanark into the existing Upper Ward and the new Middle Ward. Lord Archibald Hamilton, Provincial Grand Master of the Upper Ward, transferred to the new Province which comprised of the following lodges:

The Province welcomed its first new lodge in in 1823 when Lodge Woodhall St. Johns was granted a charter to serve the village of Woodhall in the parish of Bothwell. The charter was soon amended to reflect the Lodge’s association with Bellshill.

Transfer season
Provincial Grand Masters in the early nineteenth century must have been valuable assets. They seem to get transferred like footballers. As we have said Lord Archibald Hamilton transferred to the Middle Ward. He remained in place until his death in 1827 when he was succeeded by Bro. Walter Campbell of Shawfield who was then transferred to Argyll in 1838. The 11th Duke of Hamilton (William Alexander) then transferred from the Upper Ward to the Middle Ward. No transfer fees are recorded. The 11th Duke held office for 25 years during which Lodge St. John Dalziel No.406 was chartered. The Duke died in 1863 following which the Province appears dormant.