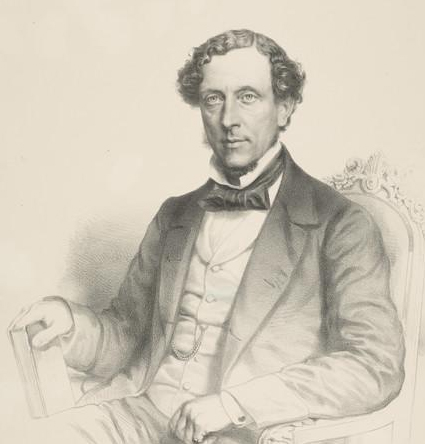 Signs of life appear in 1866 when Hamilton Kilwinning No.7 summoned a meeting of the lodges. The meeting was chaired by the RWM of No.7 Bro. John Dick. 11 of the 12 Lodges attended and agreed unanimously that the Province should be, as the minute states, raised from its slumbers. Bro. James Merry of Belladrum M.P. was appointed Provincial Grand Master.

The title Belladrum relates to an Inverness estate purchased by Bro. Merry who was the M.P. for Falkirk. His connection to Lanarkshire was through his business. He was an “Iron Master”. He opened the first Malleable Iron works in Scotland in 1849 on a site in Motherwell adjoining the new Caledonian Railway.

The first meeting of the resurrected Province records that it had no minutes of previous meetings and no funds or regalia. The PGM purchased regalia for the office bearers and his Substitute Master, Bro. Gilmour, advanced funds to meet the expenses for the coming year until such time as a levy on the lodges could be agreed. The dues were finely set at 25 Shillings for each lodge, 3 Shillings for each office bearer and 1 Shilling for each member.

Seven lodges were chartered during the eleven year period of Bro Merry’s reign.