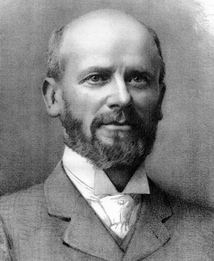 Bro. Merry died in 1877 following years of ill health. His Depute since 1874 Colonel John Clark Forrest was duly appointed to succeed him and was installed in August 1877.

Just as his predecessor had discovered that the Province had no regalia Bro. Forrest discovered his Depute had no suit. Much acrimony ensued concerning the Deputes failure to attend meetings. The matter was finally resolved when it was agreed to acquire suitable attire for the suit-less Depute. Whether or not this solved the attendance problem is not recorded.

1888 – HRH the Prince of Wales, Patron of Freemasonry in Scotland, arrived in Motherwell on his way to the Great Exhibition in Glasgow. Large numbers of Freemasons gathered to welcome the Prince and his Consort.

In May of the same year Bro. Robert King Stewart of Murdostoun was installed as Depute Provincial Grand Master.

1891 – Provincial Grand Lodge adopted its first set of Bye Laws just 75 years after its foundation. Discussion took place on the feasibility of acquiring premises suitable for Provincial business. Sensibly the idea was not accepted.

1892 – Colonel Forrest indicated he did not wish to continue beyond his fifteenth year which had seen three new lodges added to the Province: