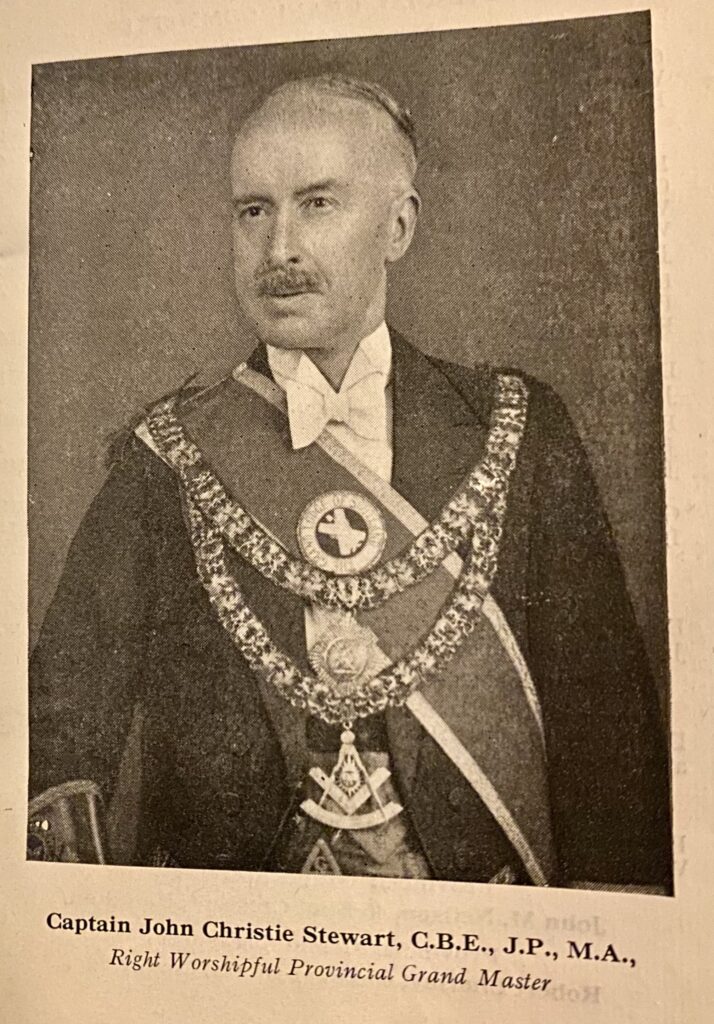 The Stewart family association with the Province did not die with Sir Robert. His son, Captain John Christie Stewart, was installed as Provincial Grand Master in February 1931. The Grand Master Mason, Bro. A. S. Haggart Spiers, conducted the ceremony. Unlike many of his predecessors the new PGM had served the Province in various offices, including serving as his Father’s Depute, having first being installed as Junior Deacon in 1923.

The seventy-four year Stewart dynasty in the Province ended when Captain Stewart announced in October 1965 that he would not be seeking re-appointment at the end of his commission.
Much of the now accepted role of our Provincial Grand Lodge was established during this period ensuring that the legacy of the Stewart dynasty remains.