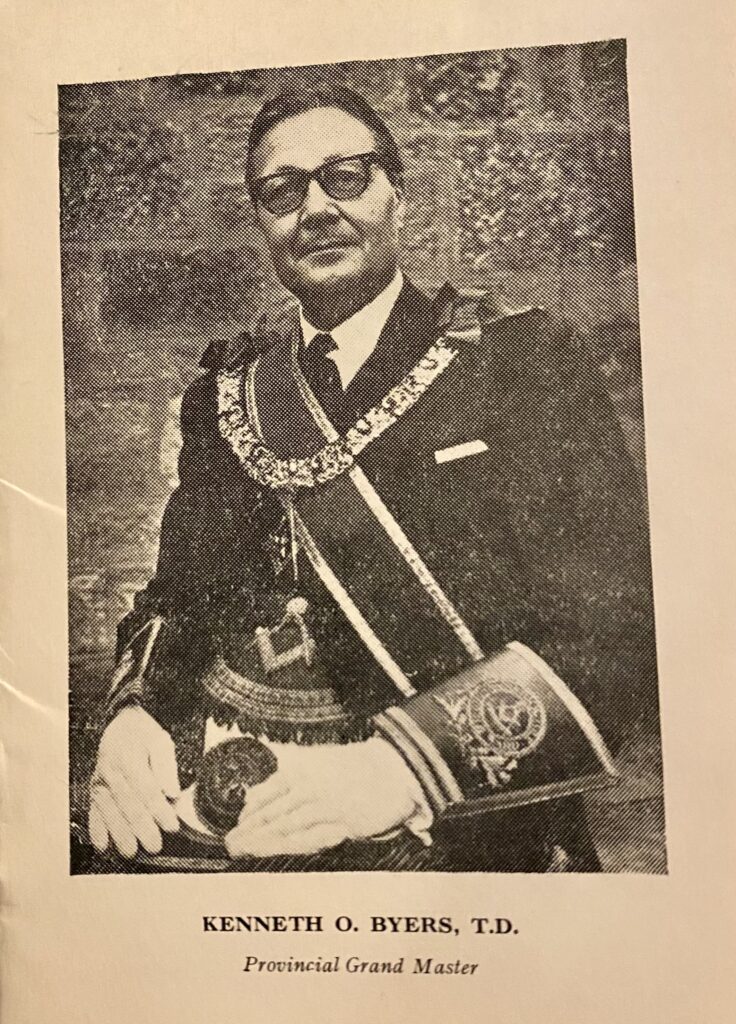 We can safely assume that Bro. Byres smiled when in December 1965 his Lodge, Kirkhill No.1230, decided to propose him as the next Provincial Grand Master. The proposal seems to have had support throughout the province. We shall never know if Brother Byres remained smiling when Grand Lodge confirmed his appointment. The task ahead must have been daunting. His predecessor had served for 35 years and for three years of his term also served as Grand Master Mason. Not easy shoes to fill.

The new Provincial Grand Master had little time to dwell on such thoughts. Important events in the Province demanded his immediate attention.

In Hamilton brethren had proposed to Grand Lodge that a new lodge should be formed and racing towards him was the 150th Anniversary of the Province. Following his commission Brother Byres appointed his team for the term.

The ceremony took place on the evening of Thursday the fourth of August. The Grand Master Mason, Bro. Major Sir Ronald Orr Ewing, presided.
During his time as Depute Brother Byres had foreseen the need for change in the organisation of Provincial Grand Lodge. Key to his vision of change was the introduction of the system, now established in the Province, of each lodge electing a representative to Provincial Grand Committee.

The proposal from brethren in Hamilton to form a new lodge was accepted by Grand Lodge. Lodge “The Duke of Hamilton” No.1636 received their charter on the 3rd of August 1967. The only Lodge to be chartered during Brother Byres commission.