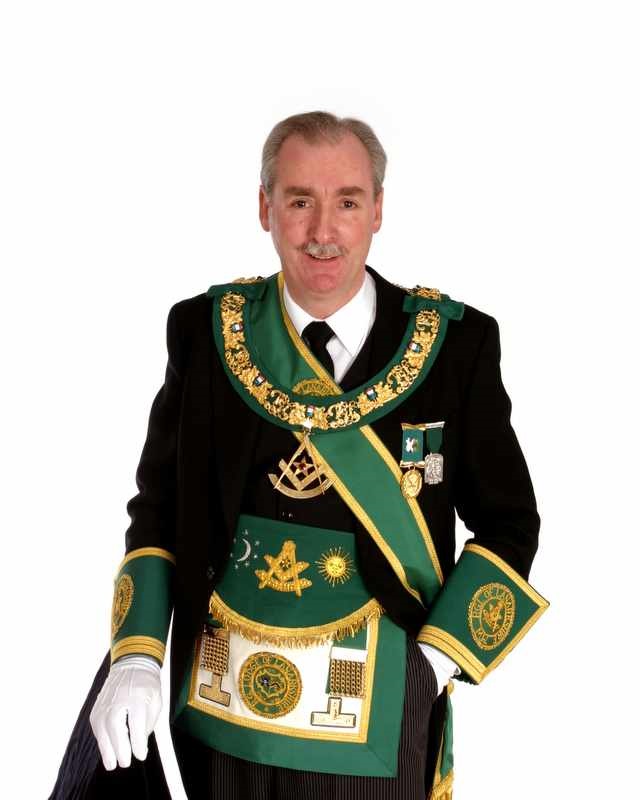 The Installation of Office-bearers was conducted by The Grand Master Mason, Brother Sir Archibald Donald Orr Ewing Bart., in Motherwell Civic Centre and was attended by almost 500 Brethren.

The new PGM stated his objectives for the year which included raising the profile of Provincial Grand Lodge, establishing a closer relationship with Masters and Wardens and making use of the internet through a new Web page to improve communication.

Once again, the holiday accommodation facility required attention and as the existing caravan would be ten years old by the end of the commission fund raising for its replacement started immediately.

As it was often the case that some lodges could not appoint a representative to Provincial Grand Lodge it was proposed by IPPGM Ken Kennedy and PPGM George Kelly that interested members from other lodges could be appointed as the reps for those lodges. The practice is now established policy.
The 250th Anniversary of the birth of Bro. Robert Burns was approaching and many events were being organised throughout the country. Planning started in PGL to hold a special Burns Night in 2009. 2008 dawned and the Province was pleased to welcome the M.W. Grand Master Mason and Grand Secretary to the October communication hosted by Lodge Woodhall St.Johns No.305. The PGM awarded Honorary Provincial membership to both our distinguished visitors.

The Burns Night was hosted in 2009 by Cambuslang Royal Arch Lodge No 114 and was a great success, raising over £2,000 for the Caravan project. Perhaps the Caravan project highlights how things had changed in Scotland over the years.

The first facility in Peebles, opened in 1977, had no running water. The new facility would have double glazing, central heating, wheelchair access and shower facilities. Mrs Helen Jack, wife of the PGM, opened the new facility on Saturday 13th. March 2010, an open day attended by 70 Brethren and their partners. As the commission approached the end of its term the PGM was delighted to report that Lodges in our Province had raised £210,000 for non-masonic charities during the Commission.

The District Grand Master of Central South Africa, Brother Bob Law, had visited the Province several times. At a special dinner, hosted by Lodge St.Bryde No.579, the PGM was delighted to announce that £4,000 had been raised for Brother Law’s special charity the “Sunshine Centre” in Johannesburg which supports children with profound learning difficulties.

As another happy and busy 5 year period for the Province neared its close Brother Jack was delighted to announce that Brother Tom Davidson had been Elected to replace him as Provincial Grand Master. 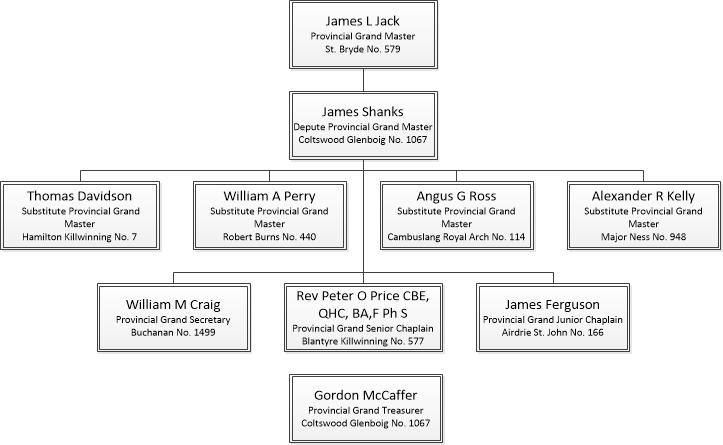