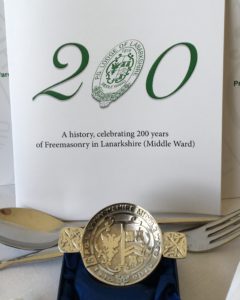 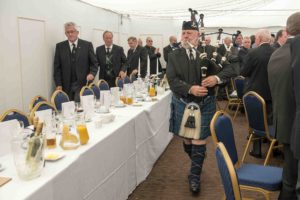 Following the Installation & Bi-Centenary ceremonies at Hamilton College the Brethern made their way to Hamilton Racecourse where over 300 gathered for the official dinner.

Following the dinner, Grand Director of Ceremonies Brother William H. Gauld took over proceedings and formally introduced the speeches of the afternoon, first was the Toast to her Majesty the Queen proposed by the Provincial Grand Master. 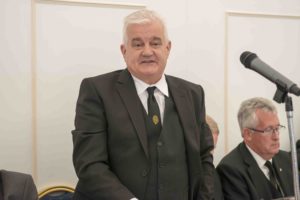 The reply was delivered by The Grand Master Mason in his own intimate and humorous style,  noting and making reference to the fantastic work being carried out with the pilot university Lodge initiative.

Only recently having been invited speak at in dinner in London where they were envious of the progress being made in this area by The Grand Lodge of Scotland. 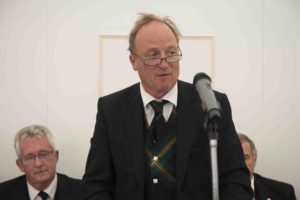 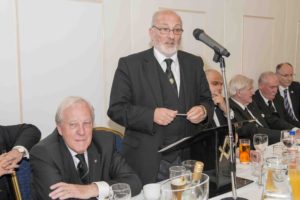 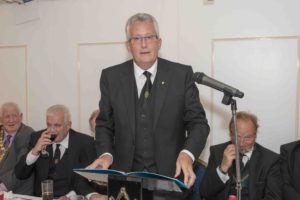 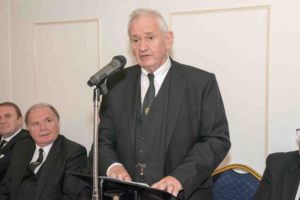 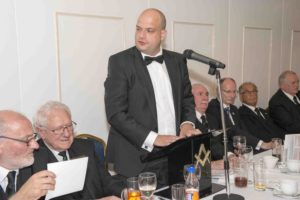 The final toast of the even fell to Brother David J.  Aitchison, Right Worshipful Master of Lodge Robert Burns No. 440 in a well rehearsed reply to Bro Ross’s speech