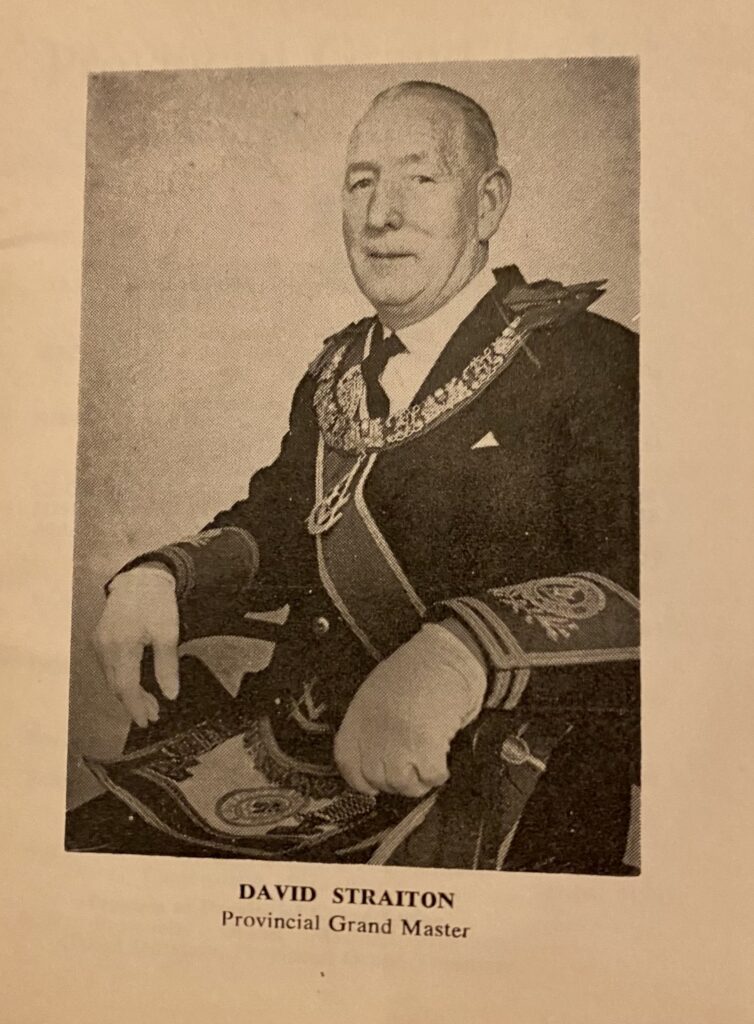 The new commission contained representatives from several of the larger towns in the Province and in the junior chaplain a brother from a Glasgow lodge.

Brother Straiton’s five year term appears a relatively quiet time for Provincial with fewer social activities than in previous commissions. Committee minutes however show the Provincial Chaplain calling for greater harmony and less discord at the committee meetings.
The minutes of the PGL Committee meeting of June 1975 show the lodge in hopeful mode as it approaches the end of the commission.

In the minutes it is proposed that the Golf tournament should take place on the Sunday of the Divine service in order that Brethren can attend both events. There is little mention of a Divine Service in the minutes up to this point which is strange considering the importance of the event in our Provincial calendar in more recent times.

Some disagreement took place in Committee as to when a decision should be made on nomination of a successor to Brother Straiton. This was finally resolved at the Committee meeting of November the 25th. Brother R. T. Syme was nominated.