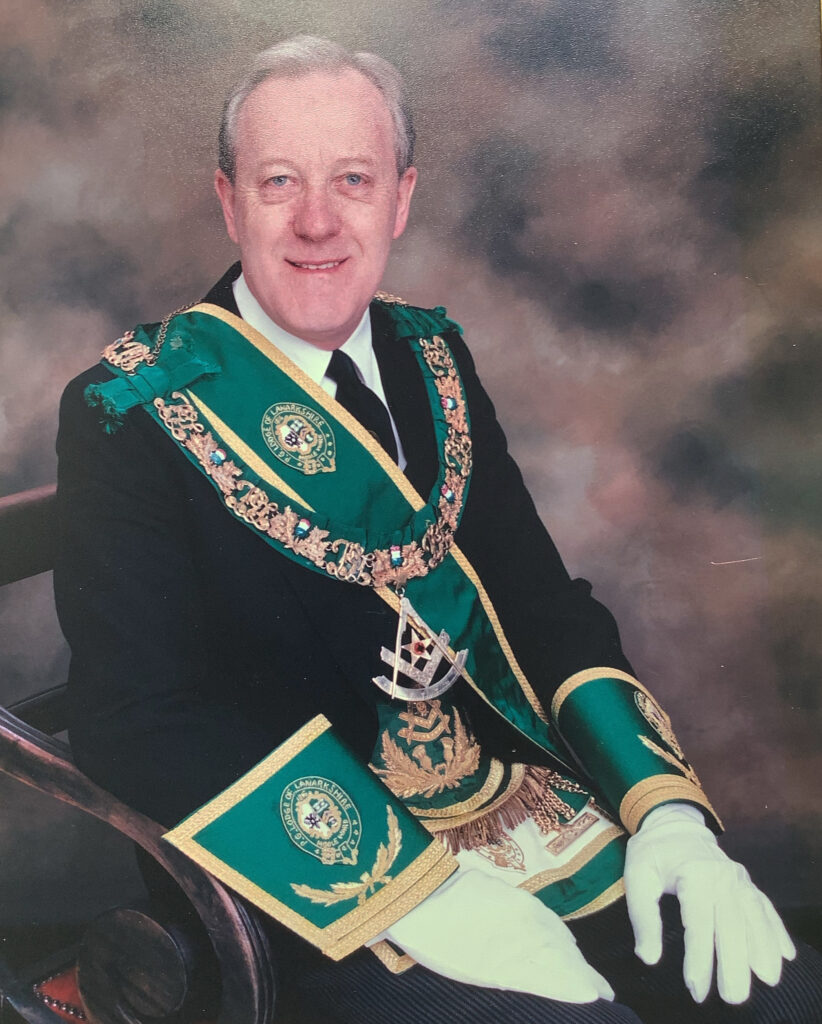 The written history of Lodge Major Ness No.948 records the pleasure of the brethren on receiving a deputation from Provincial Grand Lodge headed by their own Brother George Kelly as Provincial Grand Master and including Brothers Alan Campbell, David Stark and Alex Kelly all members of the lodge.

Brother Kelly had sadly to announce the death of one of his predecessors Brother R. T. Syme at his first meeting.

The Holiday accommodation Caravan soon became the focus of fund raising in the Province and many events were held to support the new PGM’s target of raising £15,000 by the year 2000 (Millenium) to replace the existing unit.

The PGM held communication sessions in the five districts of the Province to promote the Millennium Project and to gain feedback from the lodges. The secretary, Jim Jack, produced a News Letter updating the Province on the status of fund raising for the both the Holiday accommodation project and the St. Andrews Hospice project. The issue of September 1998 shows that the £15,000 target for the Caravan project had been speedily passed with the fund at over £20,000. The new Holiday Caravan was formally opened on the 10th April 1999 by Anne Kelly wife of the PGM.

The focus on the Millennium projects kept the Province so busy that Brother Kelly’s term flew past and suddenly his successor was being sought. Brother Kelly’s Depute, Kenneth D. Kennedy was unanimously nominated.

The minute of Brother Kelly’s last meeting shows the Province was generally in good heart and performing heroically on fund raising. £11,000 had been raised for St. Andrews Hospice. Central to the fund raising was a Grand Ball held in Hamilton Town Hall at which Sister Catherine from the hospice was presented with the cheque. In recognition of Brother Kelly’s service to the province he was awarded Distinguished Service Membership in 2011. 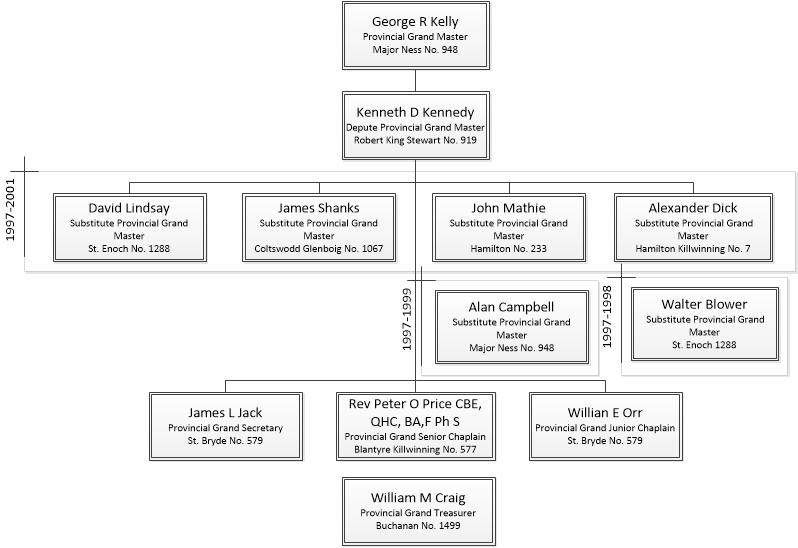