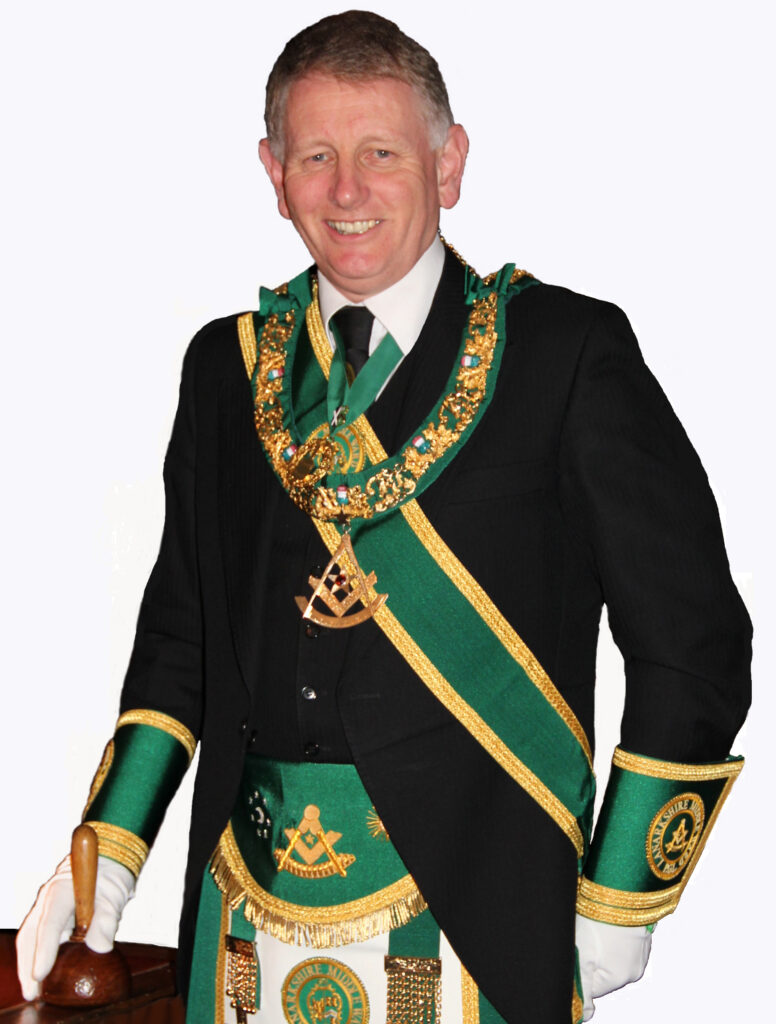 Following the confirmation of Bro. Davidson’s commission from Grand Lodge in February 2011 the commission commenced on the 9th June 2011 with the ceremony of installation held on the 18th June. The usually venues capable of accommodating the large numbers who attend these occasions , Hamilton Town Hall and Motherwell Civic centre, were unavailable. Hamilton College proved a very suitable alternative for the 318 Brethren who attended, including visitors from 17 sister Provinces.

During Brother Davidson’s successful term of office the Province was inspired to collaborate in several worthy charity projects which raised substantial sums for organisations such as :The Boys Brigade, The Scouts, Prostate Cancer Scotland, Breast Cancer Scotland., Children with Additional Educational Needs.

The commission also saw a number of innovations in the province both procedural and social. The annual inspection of lodge books was confined to the first Monday in February reducing the burden on active office bearers and committee members. The need for a Commutation fee’s fund ceased, following the abolition of new Life Memberships, much to the delight of Treasurers throughout the Province.

Sadly the Province witnessed a Lodge, Lodge The Duke of Hamilton No.1636 going into dormancy, despite the efforts of some dedicated Past Masters and Brethren.

The Provincial Grand Master also organised a number of social occasions including a Charity Dinner and Burns Supper. His introduction of the Lanarkshire Freemasons Christmas Carol Service seems to be an innovation that will become a permanent feature in the life of the Province as will the Provincial Quiz night.

The Provincial Grand Master continued to encourage close relations with the other Provincial Grand Lodges throughout Scotland. To this end the concluding charity event of the commission was a Charity Zipslide across the River Clyde in Glasgow in support of Prostate Scotland’s Blue Horizon Robot, this event was a jointly promoted event with the PGLs of Ayrshire, Glasgow, Renfrewshire East and Renfrewshire West with strong support from the brethren of the five organising provinces and ten other provinces. The event organisers set themselves the ambitious target of raising £50,000 for the charity. On the day of the event, expectations were surpassed when due to the efforts and generosity of all brethren and friends involved, the amount raised was actually £120,000 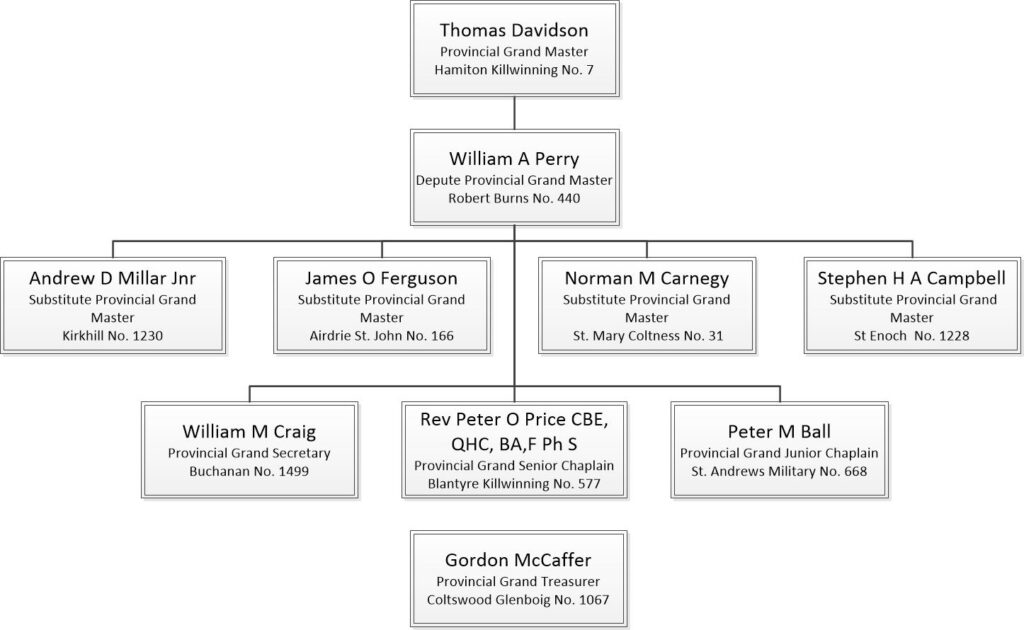